We serve in-house needs as outside counsel. As a commercial solo practice, we can still offer our clients a diverse range of legal services. My practice areas include:

McKay Law has a clear vision for the future of continued growth, and is committed to providing the best and most practical level of service to each of its valued clients. Though adept at litigation we also stress planning and litigation avoidance as an important part of our practice. We help businesses and corporations avoid regulatory and compliance issues, litigation, and other problems that can lead to expensive settlements, verdicts, and attorney’s fees. I understand the business world and offer practical solutions to our clients by applying the right combination of creativity, innovation, and commitment.

For further information, please see below or contact us today. 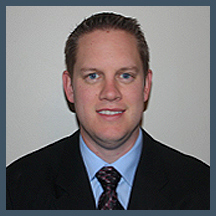 Donald J. McKay, Esq. Donald McKay, firm owner, is an attorney and patent attorney, licensed to practice before the United States Patent and Trademark Office in patent cases. Don is licensed to practice in the Pennsylvania State Courts and the U.S. District Court for the Western District of Pennsylvania. He has a B.S. in chemistry, and received his J.D. from the Duquesne University School of Law.

Don has been a member of the Patent Bar for over fifteen years and has prosecuted a wide range of patents including applications. As the patent procurement attorney, Don actively leads the firm’s prosecution of U.S. and International Patents. Don manages the patent and trademark portfolios of a number of different entities including some of Western Pennsylvania’s fastest growing companies according to the Pittsburgh Business Times. Although outside counsel to these companies, Don also serves in-house corporate needs ranging from entity formation to dispute resolution. Don prepares and negotiates a wide range of professional service agreements, shareholder agreements, employment agreements, software licenses, and other commercial contracts. He further litigates in intellectual property, trade secret, contract, and other Federal Court matters.

Don is a volunteer coach and local sports association general counsel board member in his community and enjoys spending time with his wife and two children.

“Most of our clients come from referrals. We think that says a lot about our practice.”

Get a FREE Legal Consultation for Your Business Today!

ocreations, a Pittsburgh-based boutique agency, designed and developed the newly [...]

Get in touch on Facebook,
LinkedIn, or via email!

Get a FREE Legal Consultation for Your Business Today!